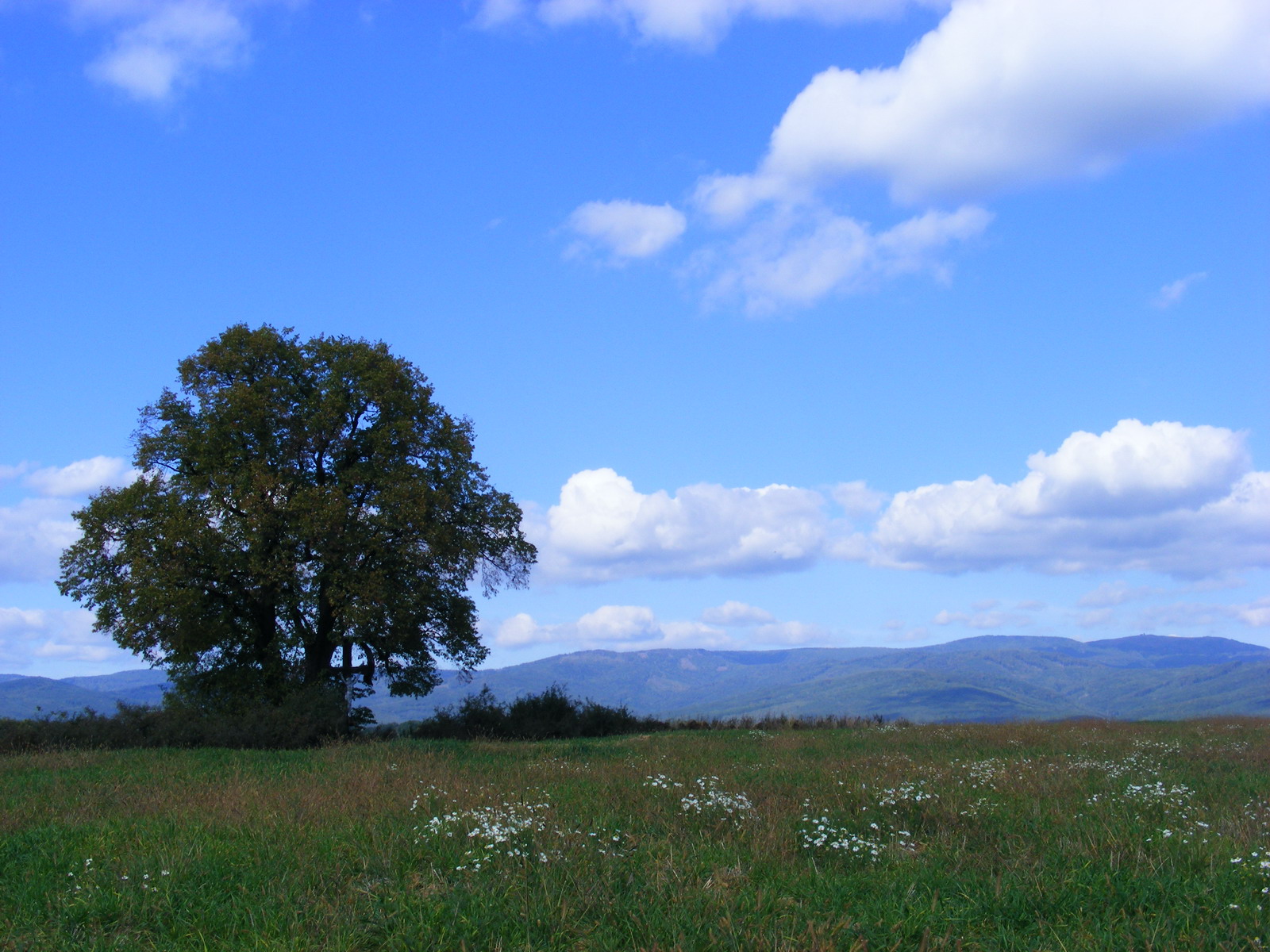 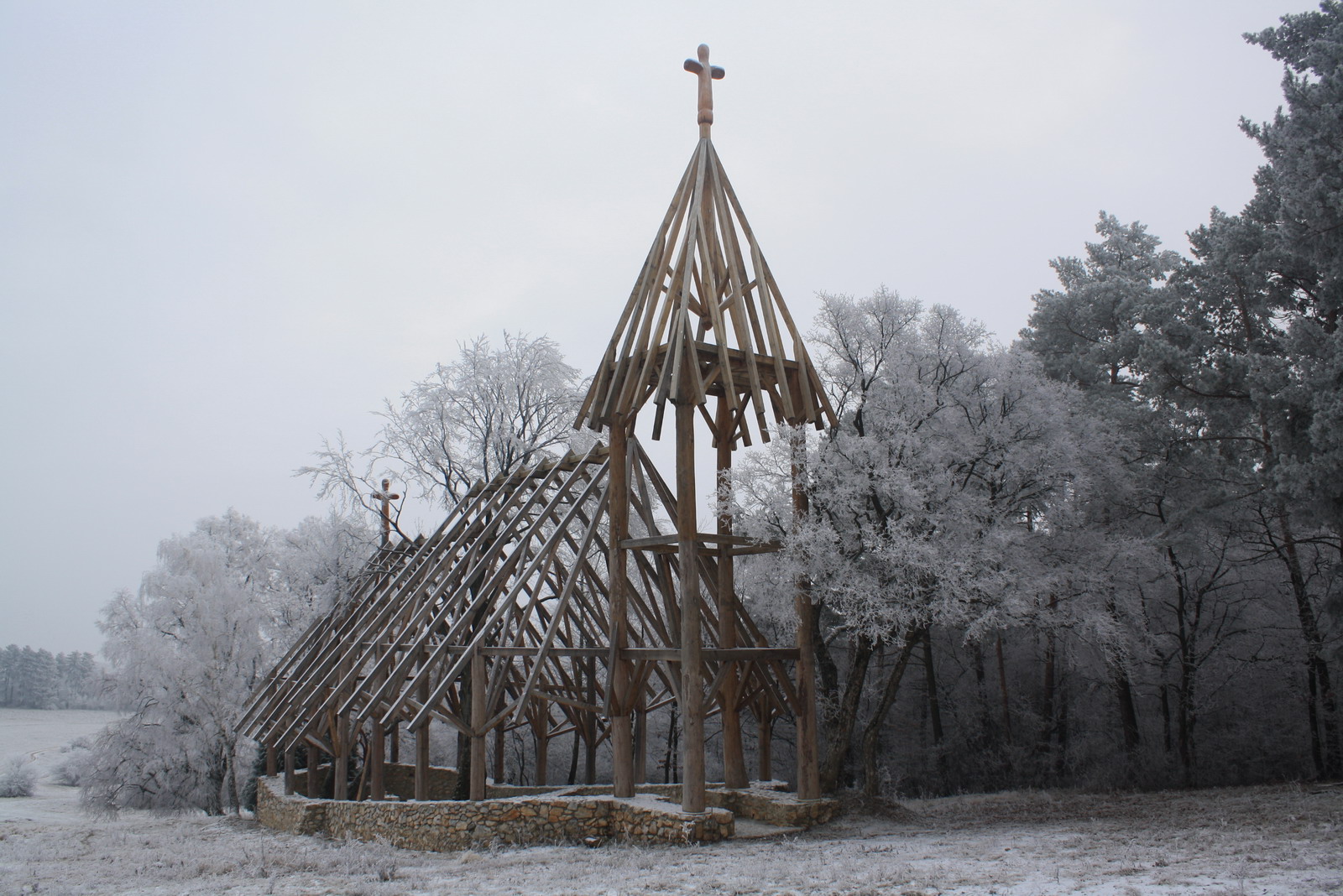 In the heart of Debrad in front of the huge lime rock sits the Chapel of St. John with the magnificent wooden statue inside. St. John is the protecting Saint of the spring bubbling up from the ground supplying the village with drinking water.

The Roman Catholic St. Peter – Paul Church was built in 1837 in new baroque style on the steep hill overlooking the village. Its huge white walls and beautiful frescos give a breathtaking view. An original portrait of King St. László from early 16th century is well preserved in the sanctuary of the church. The painting  shows him on his horse surrounded by his soldiers as they are drinking from the water bursting up from the rock at the footstep of the horse.

A modern monument of St. László was recently erected on the small hill not far from the Church. This unique artefact was designed and created by Ottó Szabó grafic artis with the help of the Rovás Civil organization. This statute is made of thousands of small pieces of wires and iron bars. It portrays the King on his horse in the company of Virgin Mary and an angel.

Undoubtedly, the most famous landmark of Debrad is the ‘Plant – Church’ on the St. Laszlo clearing. One of the priests from Jasov (Jászó in Hungarian), Domokos Bátky, who allegedly had come to this area during the reign of King Mátyás, has built a church on the clearing above the spring. According to historians the older part of the church was built in the 12th century, then extended in the 15th century but it has become completely ruinous in the 19th century. Only few lime stones left sticking out from the ground until the spring of 2006 when the local authorities commissioned the restoration of the church. The foundation of the medieval church was reconstructed and the rebuilding begun. Unfortunately, as the clearing and the surroundings of Debrad is a natural reserve, it was not possible to finish the project and only the base was actually restored. As a result a larch structure has been erected on top of the base following the silhouettes of the original church. The roof is open leaving way to the branches of the trees that have grown inside the church. 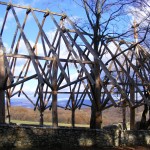 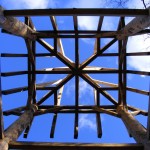 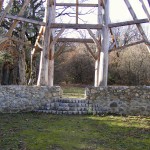 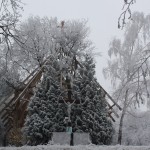 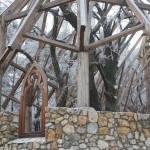 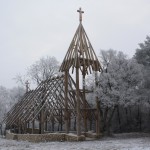 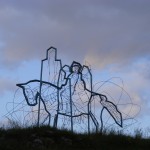 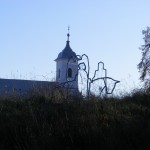 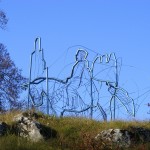 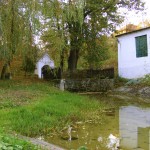 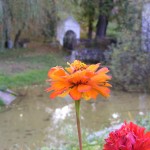 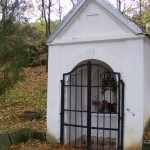 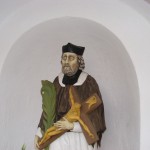 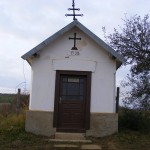 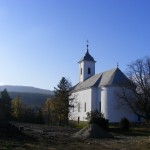 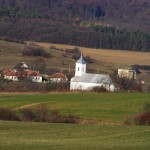 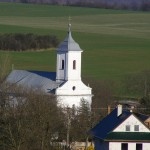 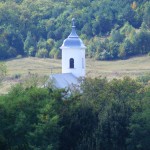